While most of my posts about Boracay (fondly referred to by Filipinos as “Bora”) have been about Discovery Shores, Bora has SO much more to offer in terms of dining, entertainment, and other activities. It just so happened, to your misfortune, that DH and I are really lazy lankers at heart. But we did go around a few times, and here’s just a taste of what’s around Boracay.

White Beach has a little strip mall in the middle of Station 2. It’s called “D’Mall”, a typical Filipino joke playing on the word “the”.

D’Mall has a bunch of restaurants that cover a diverse array of cuisine. There’s a Greek restaurant called Cyma (very good! Complete with the “Ooopah!”), and this Italian restaurant Aria. Both these restaurants started in Boracay but did so well they opened a branch in Manila. 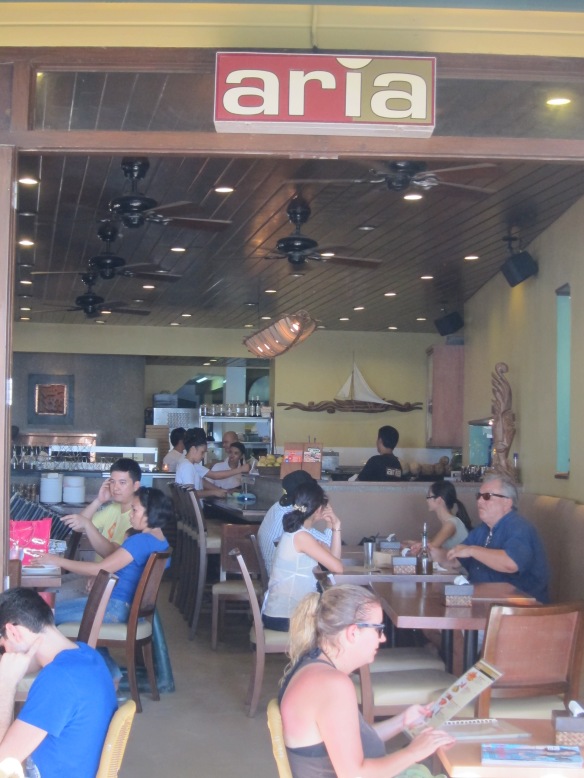 Then you have a bunch of grilled seafood restaurants like this one (sorry, didn’t eat here, so can’t tell you anything about it). But fresh seafood abound in Boracay, and the simpler restaurants usually grill them over charcoal. What can go wrong? Just make sure that you’re eating REAL fresh seafood, and take special care with the shellfish (especially oysters). To be safe, eat oysters on a full stomach.

For REALLY fresh and cheap seafood, go to the Talipapa (known as D’Talipapa, owned by the same people as D’Mall), or the wet market. There you can buy your fish fresh, and have it cooked the way you want it (grilled, steamed, wrapped in banana leaves, etc.). As long as it’s relatively simple, they’ll be able to do it. (Again, my apologies, no pictures).

Of course, the coffee craze has also reached Boracay’s shores, so you will find coffee hangouts. 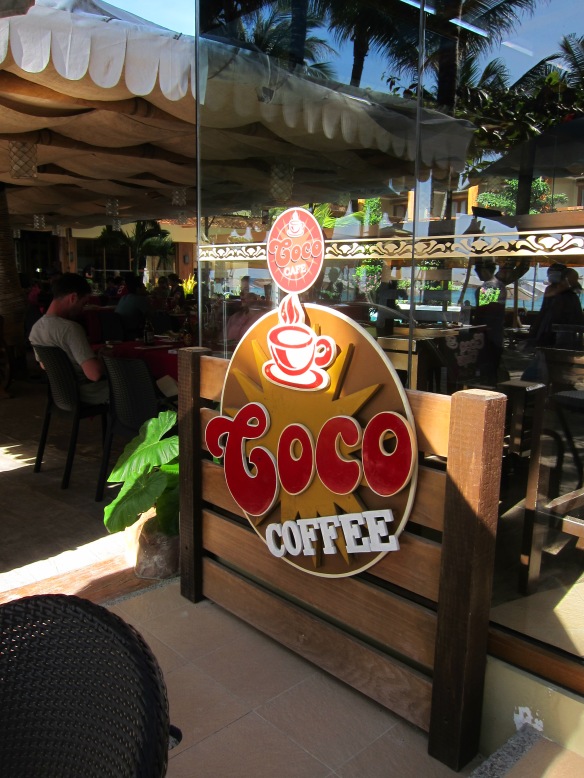 One of the more popular places to eat is Kasbah, which serves Mediterranean food. Again, like Cyma and Aria, it did so well in Bora that they just opened a branch in 2012 in Manila.

Unlike their Manila counterpart, their Boracay restaurant has that distinct island feel. The whole restaurant is open-air (actually, I don’t know of any enclosed, airconditioned restaurant in Boracay). 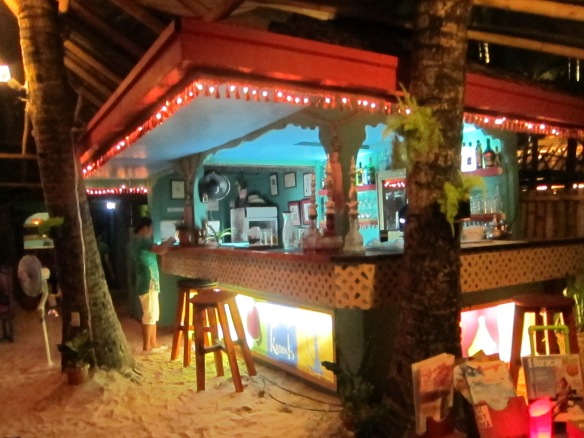 The decor is quite distinctive though. They did make the effort to have some Mediterranean touches. 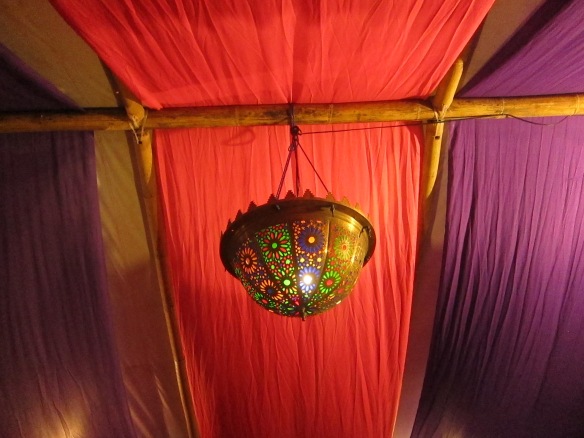 They had good kebabs, curries, and tagines, all presented in earthenware.

DH and I also tried Friday’s, the resort beside Discovery Shores. Years ago, Friday’s was THE best resort on the island, by virtue of its location. Just look at the view they have! 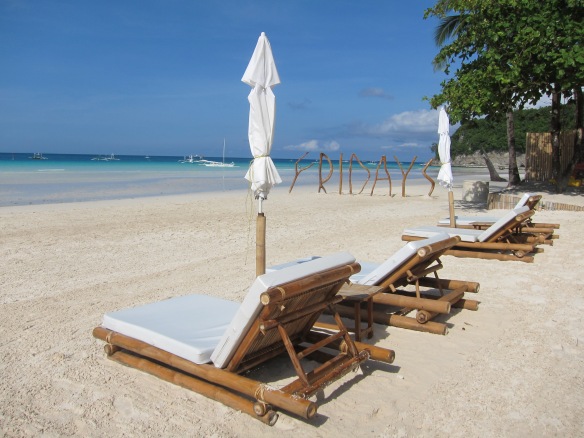 While Discovery Shores has a modern design, Friday’s went native. We had breakfast here one day.

This is their central restaurant. 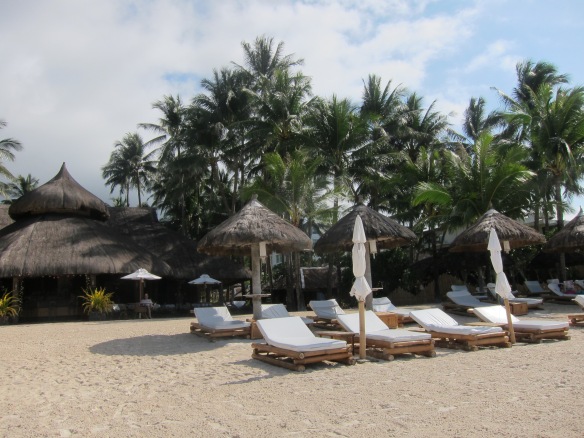 And of course, there IS Discovery Shores. This was our lunch. A seafood platter, good for 2. Can’t really go wrong here either.

With 3 kinds of sauces!

A side from restaurants, there is a whole slew of water sports, from the technical (diving, sailing) to the just-plain-fun (ask for the Banana Boat). On the other side of the island (which isn’t far) is kite-boarding. And for the landlubbers, there is an outfit that rents out ATVs to explore the island.

As for DH and me, we were just happy basking in the sun and feeling the sand between our toes.